Sometime in the past few years I lost my taste for nearly all holiday music. But this spare and haunting arrangement by Amherst's own Tim Eriksen is worth sharing:

Wishing everyone who reads this blog safe travels and a few days of blessed peace and rest.
Posted by Tess at 12:15 PM 1 comment: 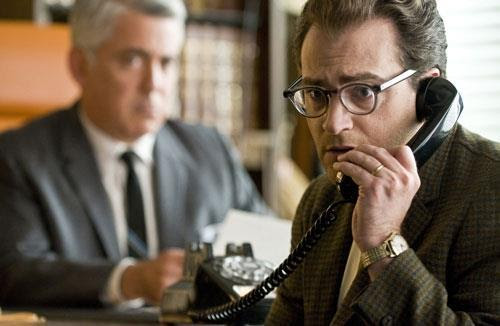 Saw the Coen Brothers' latest, A Serious Man, over the holiday weekend. It's not as funny as Raising Arizona or The Big Lebowski, not as dark as No Country for Old Men or Barton Fink. This seems to be the directors' nod toward naturalism, of sorts -- and autobiography. Set in the suburban Jewish community of 1960s Minneapolis, the film stars Michael Stuhlbarg as Larry Gopnick, a physics professor whose life quickly unravels, in a manner not entirely dissimilar from that of the Biblical protagonist, Job.

I have always had a fondness for the Job story, probably because it never really lets God off the hook. But when you make a movie about it, the really interesting part is not so much the questions, but people's reactions to them. As Professor Larry Gopnik, standing in front of a blackboard filled with an incomprehensible swarm of equations, tells his baffled students, "Even if you don't understand the material, you're still going to be responsible for it."

Throughout the movie, the only character who attempts much in the way of responsibility is Larry, in his own meek and largely ineffective way. But the events of the film beg a larger question -- can God be held responsible? At a certain point in the movie, Larry begins to believe he has been cursed by God. This of course, requires a belief in something other than random chance and rationalism.

The film walks an artful line. Is the strange old man in the prologue a dybbuk or an innocent murder victim? Is the ghost of Larry's wife's dead lover who keeps appearing a hallucination or a supernatural apparition?

Most tantalizing of all is the story related by a rabbi about a Jewish dentist in his congregation. The dentist had come to the rabbi after discovering that the back sides of the teeth of one of his gentile patients contained a mysterious message inscribed in Hebrew characters:

The dentist struggled with the meaning of this revelation, pondered, and sought guidance. Finding no answers, he went back to his ordinary life.

Like most of the events in the movie, the story is open to multiple interpretations. I doubt this is what the filmmakers had in mind, but my first reaction was this -- what if it meant just what it said? What if God were trapped and in need of help, crying out to humanity for rescue?

Note: the above photo is not the original film still, but Aroid on Flickr does a pretty decent job of getting the idea across.
Posted by Tess at 1:32 PM 1 comment:

Posting this on behalf of my friend Renee: http://lists.ianua.org/listinfo.cgi/sass-ianua.org

Check out her blog at http://www.ianua.org.
Posted by Tess at 1:25 PM No comments: